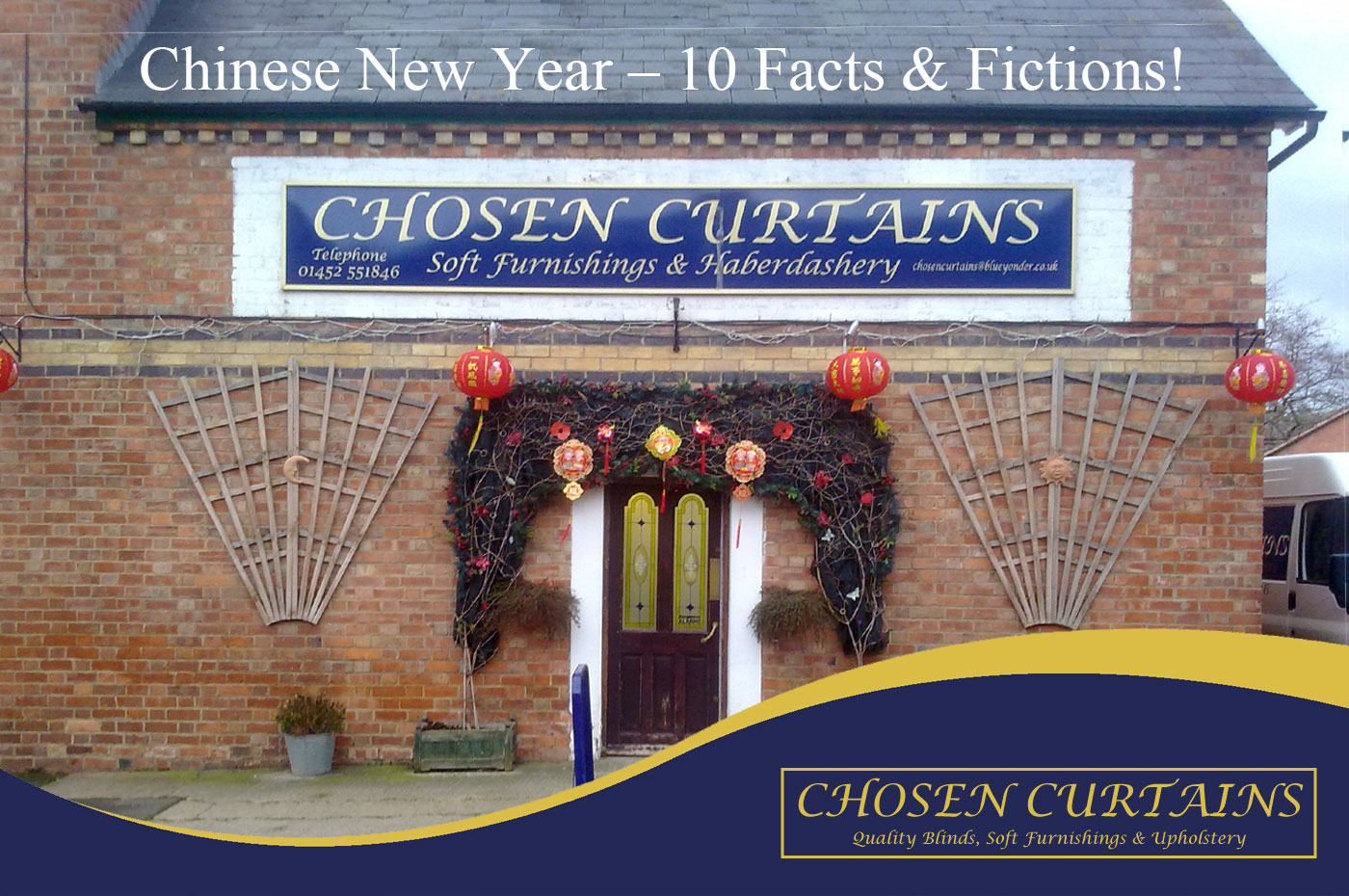 You may be aware that the Chinese New Year is fast approaching.

Also known as the Spring Festival, it falls on a different date each year as it follows the lunar calendar. It can range from 21st January to 20th February.

Here are 10 interesting facts and fictions about the Chinese New Year:

1. You should pray for a good harvest. The Chinese have traditionally been an agrarian society and a good harvest was seen as crucial. As the holiday marks the end of the coldest weather and the start of spring people prayed for a good harvest, not only to their gods but also to their revered ancestors.

2. Fight off all monsters! According to legend, a monster called Nian appeared at this time every year, terrifying the local population. One year a young boy chased him off using firecrackers. The next day everyone held a festival in celebration and firecrackers became a vital ingredient in the New Year festivities.

3. Many celebrate with fireworks but some cannot. Tradition has it that firecrackers should be set off at midnight on Chinese New Year’s Eve to chase off monsters like Nian, as well as bad luck. More are set off in the morning to welcome good luck and the New Year. However, for safety reasons and environmental concerns about air pollution, many Chinese cities have banned fireworks and more than 500 have restrictions in place.

4. It is a time for family. The most important part of the festival is the family reunion as everyone tries to get back home for a traditional New Year’s Eve dinner. There is a mass exodus from the cities as people return to their rural roots and it is known as the Spring Migration. Most travel by train and demand for tickets is tremendous. In 2015 it was estimated that 1,000 tickets were sold every second.

5. You will struggle to keep clean. Showering is forbidden on New Year’s Day, as is sweeping and taking out the garbage. To compensate there is a day dedicated to cleaning before the festival starts.

6. Children receive money. Not only that but they receive it in special red envelopes, known as red packets or pockets. Gifts are also exchanged.

7. You’d better like dumplings! Traditionally dumplings are eaten at every meal during the festival. These days most people restrict this to the New Year’s dinner and breakfast the following day.

8. You will be seeing red! Red is the traditional colour of the festival with red paper festooning many doors and windows as red lanterns are hung up.

10. You can find the celebrations around the world. Although China is home to most of the New Year celebrations Chinese communities around the world all join in. London, Sydney and San Francisco all feature lion dances, parades lanterns, fireworks and of course amazing food in their Chinatown districts.

Although we do not have a large Chinese population here in Churchdown, we here at Chosen Curtains do like to join in the celebrations in our own way!

On the note of Chinese New Year, here at Chosen Curtains, we like to set the mood by dressing our shop front - take a look at the image below.

In Churchdown, situated just a stones throw from Chose Curtains, is a Chinese Restaurant and Chinese Takeaway called Golden City.  As you can imagine, they love to celebrate Chinese New Year!  We have had the pleasure of dining there and enjoying their Lion Dance celebrations, and it really is a great night out.  We'd definitely recommend it.   Take a look at the images  and video below of Golden City's Chinese New Year celebrations!

And furthermore on an oriental theme, Chosen Curtains also have beautiful oriental style fabrics.  See example below, and please, just get in touch for more details.

© 2020 by Chosen Curtains Ltd. All rights reserved.
Website by Dynamic.
Back To Top